This is a quick entry to demonstrate a simple topology used in this ECC88 preamplifier. I’m using 7V heater variant – PCC88. It seems like the term “preamp” is not quite suitable here because the stage is actually a buffer and there is no amplification whatsoever. The schematic is shown below: 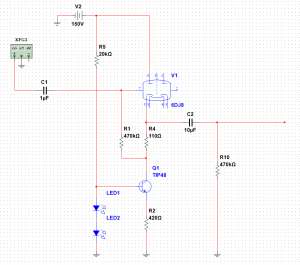 As can be seen this is a slightly modified cathode follower. The cathode load resistor has been replaced with a constant current sink set at around 5mA. As a result improved ripple rejection is achieved. The complete project includes a four-way input selector, mute circuit, oversized power supply stage, stepped volume control with 23 steps and double sided PCB(yes it’s on PCB). Here is the 3D model of the PCB: 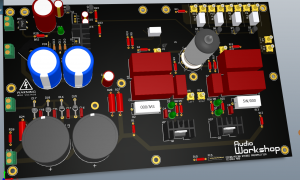 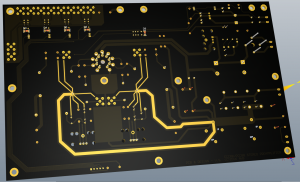 The PCB is assembled in a steel sheet enclosure with aluminum front panel. Here is the complete project: 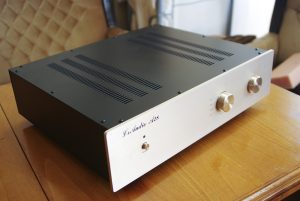 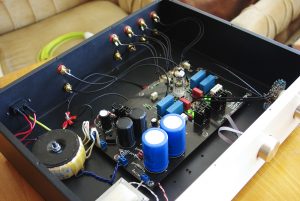 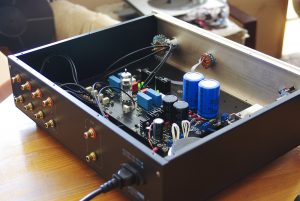 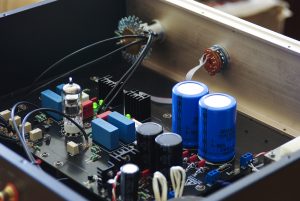 So how does it sound? Seems like it sounds as good as I’ve hoped it will. In summary – I’m pleased with it. As usual I’m not going to asses my own projects and go into further depth and use colorful audiophile language. It’s much better to show the actual measurements. For the test I used my trustworthy E-MU 0404 sound card. Here’s the result:

Because of the CCS and proper (star) grounding and PCB routing the board is able to achieve some impressive results. First of all is the distortion. At -3dB we have THD+N at 0.031%(A) – almost solid state like performance. The -20dB result is more important however. In most cases that’s where the actual music takes place. With THD+N at 0.017%(A) and second harmonic at around -100dB the distortion is virtually inaudible. Here is the place to say that the tube is Tungsram PCC88. The Russian ECC88 equivalent – 6n23p has been tried as well. The results were all round similar. Further ECC88 brands should be tried in future. If I had to chose I’d rather stick with the PCC88 yet further testing is required.

Well that’s it for this entry. As usual THANKS FOR READING!